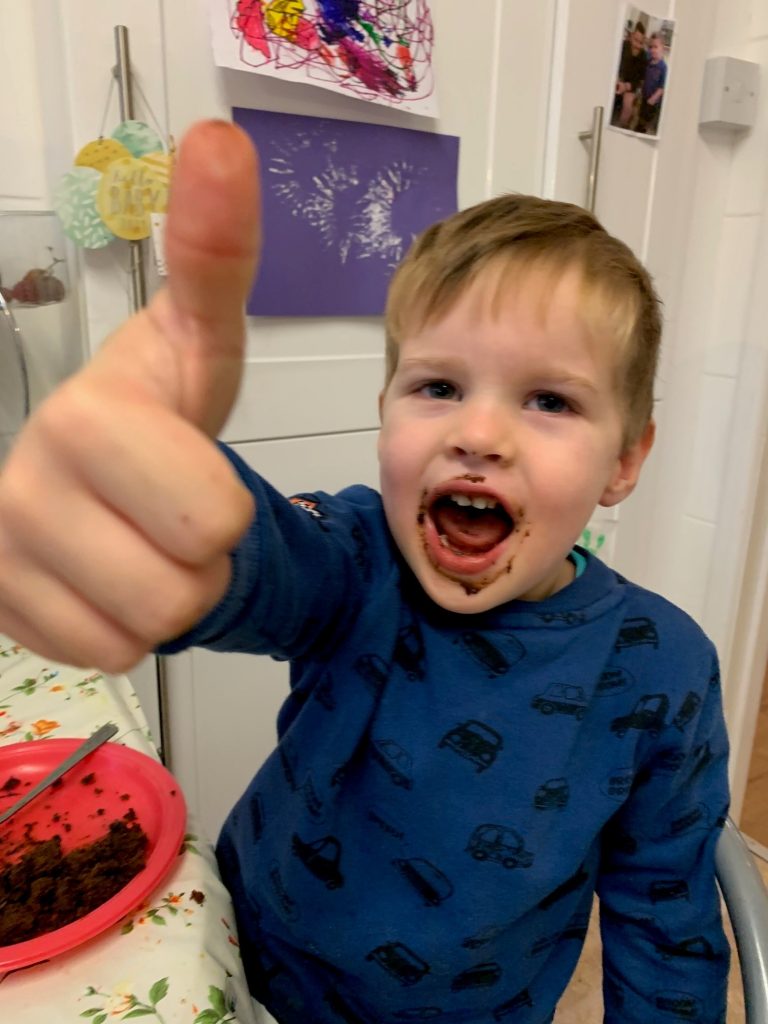 Potty training. Ugh. It’s one of those phases in parenting that you just hope will be done and dusted in a week or two allowing you to move on to much more fun parenting stages like training them to bring you biscuits and crisps. Thankfully with my 2 year old Jude we’re still some time away from that. I’m definitely not one of those parents who feels the need to ‘crack’ them whilst their still at that age where anything they see goes in their mouth. No, I say, as long as the can use a loo by the time they’re attending sixth form residentials, then I can live with that.

It’s coming up to 2 years since (now 4 year old) Josh passed through the pant wearing rite of passage. During that period I recorded our experiences. Below is my reflection on that period of our lives….

“Ok so this week has marked the start of my efforts to seamlessly transition Josh from basically being free to go to the loo wherever and whenever he likes, in a state of blissful relaxation, to instead impose on him the necessity to always be thinking and planning his next toilet stop, to subject him to a lifetime of doing that ‘bursting for the loo’ wee wee dance when you’re near the end of the film at the cinema and you just couldn’t resist the XL Pepsi, and having to use those disgusting loo’s when on holiday in France which are basically glorified holes in the ground.

I mean who wouldn’t want to be able to go whenever you want? I was most recently reminded of this on the plane back from Thailand. Sat in the window seat and having drunk around 1000 litres of Pepsi, Apple Juice and Tea by that point on the flight, I would have dearly loved at that moment to have been able to sit back, relax and let it alllllllllll out whilst enjoying the dramatic escapades of Tony Stark and his chums.

Alas, being an adult no such luxury was afforded me and now I was trapped as the lady (we’ll call her Lilian) in the aisle seat had chosen to fall asleep 10 minutes before, deliberately I feel, having witnessed me drain the plane of liquid sustenance. And not only that, Lillian had adopted the ‘Legs up into the seat’ position, with her headphones plugged into the headrest in front to ensure that if I wished to receive safe passage to the sacred land of the latrine I first would be required to perform a complex gymnastic routine not unlike a secret agent stepping through a laser grid.

Sadly for poor Lilian, gently knocking back the zzzz’s as she dreamed of tea coseys and fig rolls in blissful ignorance of the amateur acrobatics going on mere inches from her face, she was about to be awoken with a start.

Now desperate and very keen to avoid a life defining incident in seat 34F, I attempted the pass. Unfortunately the 6 inch gap there was to get by proved to be about 50 inches too small and before I knew it there was definite contact between Lilians left cheek and one of my own…

Now I’m sure it was a much comfier surface to rest one’s head on than the airline provided cushion, but probably not one Lilian would have chosen, at least that’s the impression I got from the way she leapt backwards in her seat, yanking the headphones off her head with a ‘snap’ in the process. Poor Lilian. But at least I made it in time.

So back to potty training. With Harry, my wife Rach basically cracked him in 3 days – I played very little role in this and I can count on one hand the number of accidents Harry had afterwards.

Josh on the other hand… he’s basically a hose with a body attached. Poor thing. On Sunday whilst at friends for dinner, having asked him not minutes before whether he needed the toilet, he was very soon discovered in their living room doing his business. Thankfully for the sake of my friend’s floor it was a solid download, like a great chunk of steaming brown moon rock.

So I shall continue carrying around the 23 pairs of spare pants and trousers required each day. But secretly I pity him – as he loses the blissful freedom of unconditional urination forever.”