Stuck in the mud 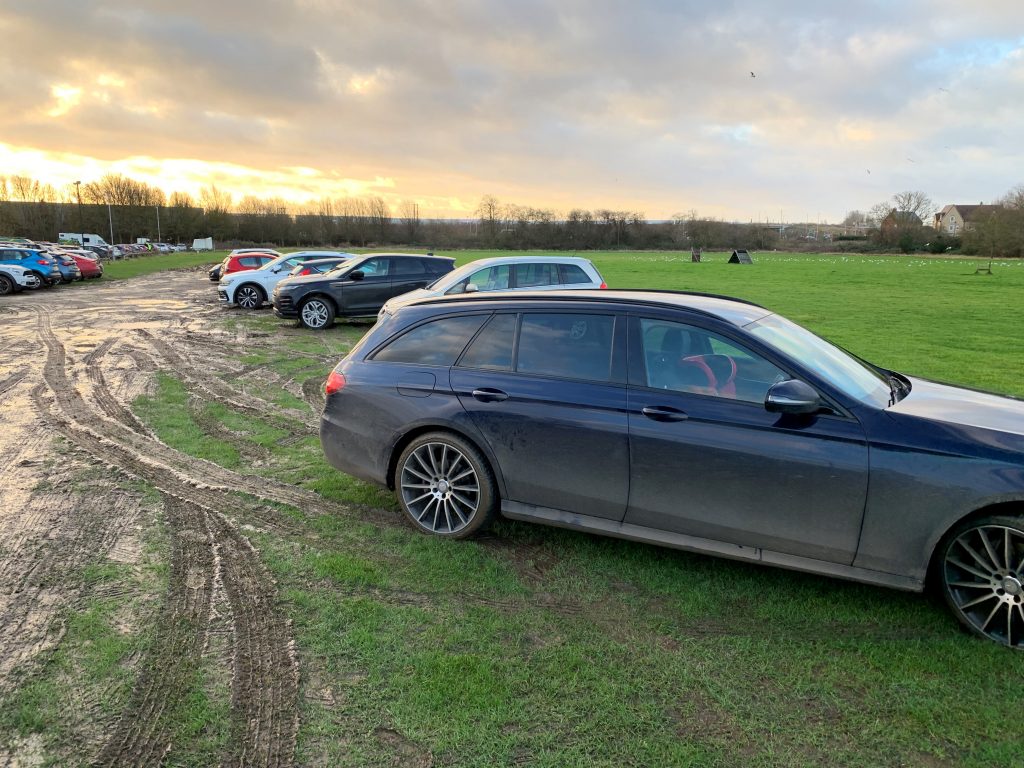 One of the reasons I joined the police was to make a difference and help those in their time of need, like that instance I attended a domestic where a couple were arguing about whether to get Chinese or Indian for tea (Chinese obvs) or more seriously, an occasion where we successfully located an older gentleman with Alzheimer’s who was vulnerable and had been missing for some time.

But it’s particularly satisfying when you’re able to help a fellow member of the thin blue line. And I’m pleased to say when it comes to helping other officers, I regularly give my colleagues that opportunity to help me – you’re welcome!

Let me regale you with a tale of one such opportunity, when I became that person in need, that vulnerable victim crying out for help. It was one of those crisp, bright winter days, where the sun is so low in the sky, you’re forced to wear sunglasses even though it’s -5 outside and you look like a numpty. Having meetings at Beds HQ, I arrived with 20 minutes to spare and finding no spaces in the main car park I decided that the most sensible option would be to drive my rear wheel drive, automatic car onto a nearby muddy field to park.

I can now confirm, however, that this was infact not a sensible idea. Within seconds I discovered I was stuck. However with time against me, as I was now rushing to get to the meeting, I effectively abandoned the car so it was left at a delightfully jaunty angle in comparison to the other cars and no doubt left numerous people complaining about the berk with the Merc’s parking. And of course my Boss just happened to have arrived just prior to this and had seen it all unfold.

But never fear because one of my many truly awesome colleague/friends and my super amazing Chief Inspector both went out of their way to help out a guy in need. My PC colleague who I also happen to line manage, went far above and beyond by gamely carrying large planks of wood through the squelchy quagmire to give me some traction. He then actually volunteered to give me a push, knowing full well there was a 83% chance of him getting covered in the brown stuff as my gleeful wheels skidded through the mud.

But not to be outdone, my fantastic Chief Inspector also stepped forward to… take pictures and film us through fits of giggles. I should say having a big 4×4 she was on standby to drag both my car and colleague out of the mud should they get too bogged down (and she looked mighty smug I might add when she later drove off through the mud without a single wheel spin) but thankfully the mud was no match for a push from my mighty colleague, and I escaped.

Any other colleagues reading this who are disappointed they didn’t get the chance to help out, don’t worry – you’re sure to have plenty of opportunities in the coming months to give me a push with something or other…