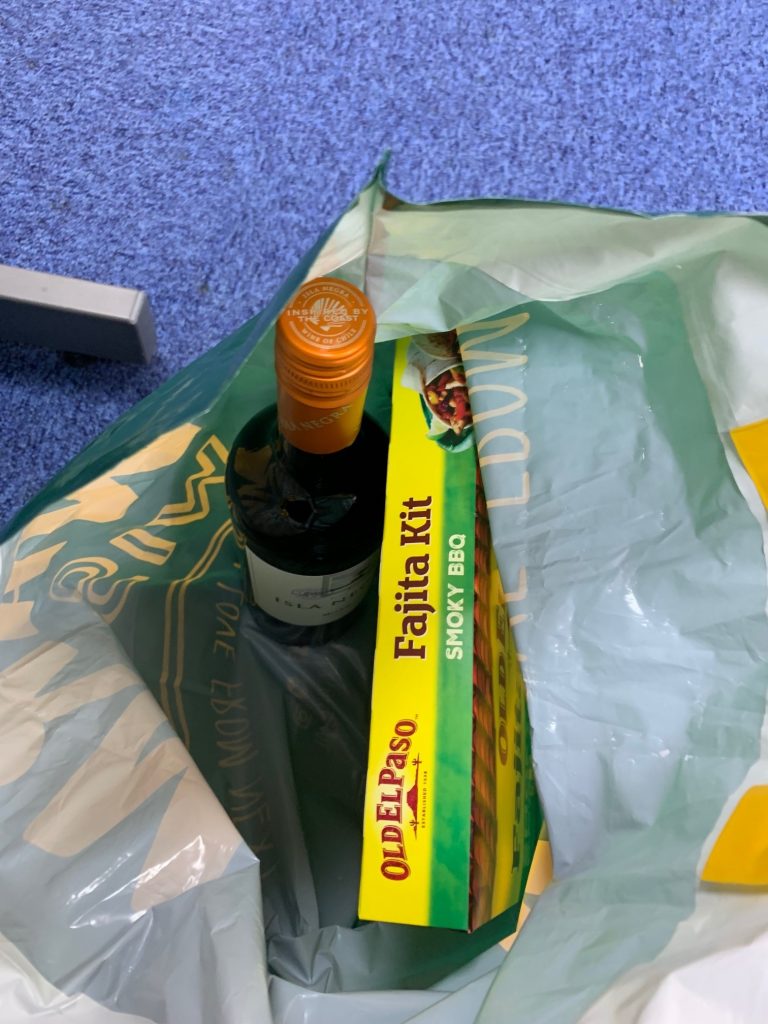 Someone recently told me that smell is such a powerful tool for evoking memories, that it can be a huge aid in studying for exams, (as long as you can conjure that same smell in exam conditions of course). I feel this would have been very useful information to 17 year old Jonny, as he lathered a tissue with garlic and smothered his pencil case in stilton to help him remember the salient points of Algebra.

This week has been a strange one. Already self-isolating with Jude (2) due to a positive contact at nursery, Harry, on the morning of his final day of year 2, was also instructed to isolate. He was pretty gutted by this, having talked constantly about all the lovely, exciting things his teacher had planned for their final day before she also left the school.

Now if it were me given that choice (and lets face it as a single parent I get that choice almost every day!) I’d have been mulling over something either from the Golden Arches™ or perhaps a highly decorated colonel of fried chicken. So it was much to my surprise that Harry went for fajitas – the homemade kind.

I don’t remember cooking fajitas in a long time, for reasons I’ll come to shortly, so I assume his fascination with the Mexican speciality must come from having eaten it at our friends house, the Sayers. With Jo’s cooking skills I could quite easily see how it would become a firm favourite!

Two years on from Rachel’s passing, there are relatively few experiences evoking strong memories  that I’ve not already been through. Things like birthdays, places visited or Christmas have now come and gone twice and thankfully over time the pain that comes with these memories softens.

But yesterday, over two years on from the last occasion I had made them, I cooked fajitas, and it was really quite hard.

This may seem a rather strange event to cause such heartache, so let me explain why.

For Rach and I, most Fridays at home would follow a particular routine. It was a routine I grew to love dearly and I treasured Friday evenings a great deal. It became sufficiently well know to my work colleagues that after Jude was born, a colleague and friend, Lisa, bought us a fajita kit and bottle of wine as she knew it was such a tradition! It would go like this.

On the way back from picking up Harry from youth club at church, Rach would stop and pick up chips from the chip shop (with scraps of course…) and I would be in charge of cooking the fajitas. Harry would have stories and be in bed for 7.30, and we’d then sit down and watch one of the few TV programmes we’d watch together, either ‘A Question of Sport’ (we were always rather competitive) or ‘Would I lie to you’. If you were lucky, you might even get some Ben and Jerry’s ice cream (Phish Food) for dessert.

With the busyness of life, sitting down together of an evening was something of a rarity, hence why I loved fajita Friday to bits. Not because I’m a particularly huge fan of what is essentially chicken in a wrap, but because of what it meant, that I was at home, relaxing, with my lovely wife.

It’s funny the things that really get you when you suffer a great loss, but I remember one of the things I found hardest in the weeks following Rachel’s death was Friday nights, how strange and horrible it felt to know she wasn’t there and we would never again share those precious moments of rest and peace together in this life.

I’ve not been able to watch an episode of ‘Would I lie to you’ since, and until yesterday I hadn’t cooked fajita’s either.

Going back to how I started this blog, our sense of smell is an amazing tool for conjuring memories, and as I began to cook I closed my eyes and along with the sounds of the chicken sizzling and the extractor fan blowing, it was almost as if I was right back there, to that final fajita Friday 2 years ago. I could hear the sound of the door going, as little Harry came in from Friday Club excited to tell me all about it. I could smell the faint aroma of chips wafting through the hallway. And I could see Rachel’s weary, but warm smile as she sank into the sofa.

I miss them all so much. But I also loved being taken back there, even just for a few moments to a time when fajita Friday was the highlight of married life, not because it was thrilling and exciting, but because it was just me and the girl I loved, curled up on the sofa together watching Vic Reeves tell hilarious lies. It doesn’t get much better than that.