I’m just so glad it wasn’t me… 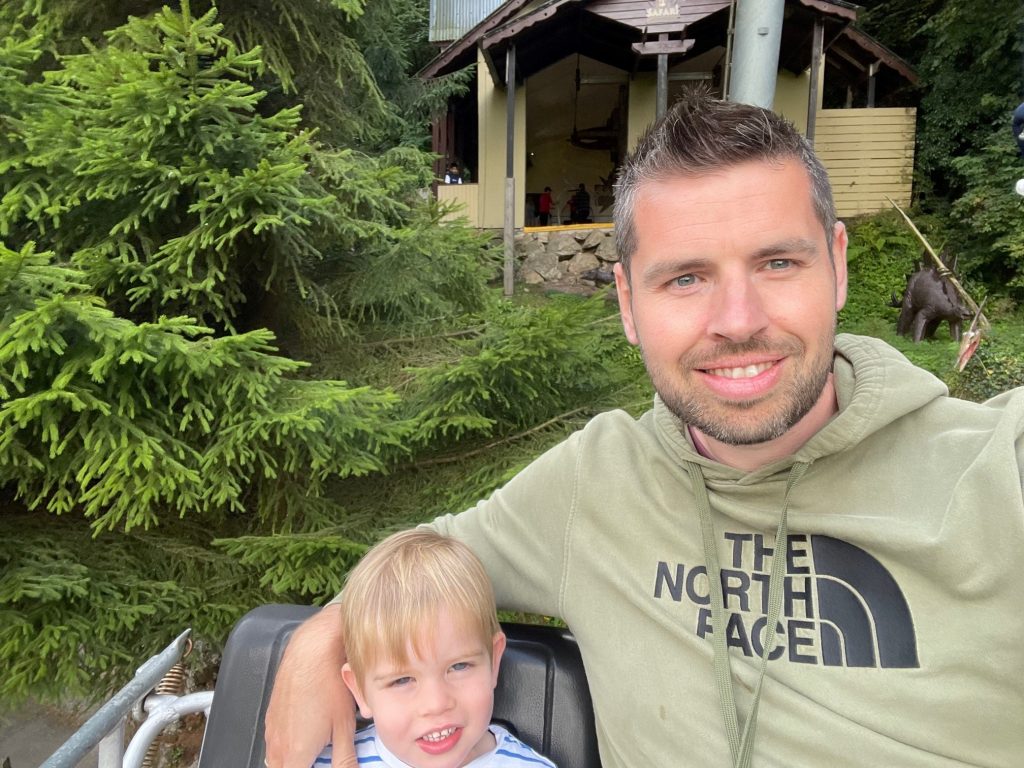 It’s an adage as old as time, parents are supposed to embarrass their children. I’m pretty sure it’s in the parenting manual that you should get handed as you rest in the hospital bed clutching a small person for the first time and wondering if anything will ever be the same again (it won’t).

Depending on the nature of your child , this will determine at what age they will first realise that Mum and Dad are duty bound to follow the parenting code and ensure maximum embarrassment at every opportunity.

What they don’t seem to realise however is that the opposite is also true. Children can and regularly do embarrass parents. Thankfully my eldest two (age 7 and 5) are pretty much through this phase. Through strict regimes of discipline, well maybe a mixture of discipline and bribery if I’m honest, both now do as I ask most of the time and are well past the era of throwing tantrums in the supermarket or pointing to a lady of larger disposition and shouting loudly “Baby in there!”.

Alas, whilst that accounts for two of my children, it still leaves one….Jude.

Ah Judey-boy, now 2 and a half and in full ‘terrible twos’ mode. He’s nailed the ability to scream “NO!” at the top of his voice whilst in a restaurant as I attempt to encourage him to eat something other than his napkin, and is very adept at throwing himself to the floor at the park when it’s time to leave, making himself into a starfish shape to prevent easy removal.

But with a good deal of experience behind me, being on child number 3 and through years of police training removing unwilling participants, means these are dealt with relatively swiftly and calmly, with minimal embarrassment caused.

However a few weeks ago there was an incident which fell well outside my boundaries of comfort. In fact it probably reached level 9 on the ‘mortified’ scale of parenting embarrassment.

It all began pleasantly enough. My friend Gemma had come to visit, and before heading out to church I was preparing the vegetables for Sunday dinner. Jude being Jude and always on the scrounge (no idea where he gets that from) came in to the kitchen and was thus offered a raw carrot. Perhaps not what he came in for but it was either that or an onion so I feel he chose well.

Fast forward an hour. We’re sitting in church, half way from the front. It’s about 20 minutes in and I’ve still managed to distract Jude from the breadsticks and raisins which I know will keep him quiet for at least 10 minutes. Happy, looking through his sticker book and sniggering occasionally as he places a pigs head on a cows bottom (ok that was me), I have no idea of the imminent explosion which is brewing deep in the stomach of my 2 year old and will in a matter of seconds lead me to mortification on a vast scale.

Sure enough as I look down at Jude, from nowhere I hear a very slight retching sound from his little tummy. With no time to react however, a second later I hear an almighty BLUUURGH!! Suddenly gallons of orange tainted liquid are cascading from his mouth coating the seat in front, his legs and the floor. In horror I look around and then at Gemma as my brain does 1000 micro calculations in a second, trying to ascertain if there is anything around me I can use to soak up this contemptible carrot cocktail. But there is not and before I know it a second wave is upon me, sloshing over my shorts and shoes like the undulating swell of the sea crashing onto the shore.

By this point our Pastor has stopped talking, understandably distracted by the commotion taking place in row 5. I’m also now fully aware that the eyes of the entire congregation are upon us, and not only that, but with the service being live streamed, literally the eyes of the world too (I’m not party to Whittlesey Baptist Church Sunday viewing figures but I’d imagine they must be in the tens of millions).

With projectile orange bits everywhere, a child who’s now stopped throwing up but is wondering what’s happened and everyone watching, this is my worst nightmare, my ultimate torment, I need to do something, anything.

My only option is to scoop Jude up, walk through the door at the front in full view of everyone and into the carpark where finally I can relax a little.

Now outside I’m suddenly struck by the thought of what to do now? Thankfully a very kind friend came out to see how she could help, and another, unbeknownst to me, inside the church went to get some materials to start cleaning up the carrot mush. Bless them.

Inside Gemma had wisely moved seats, and dabbed my 7 yr old down with anti bac gel, where in his words “I’ve got sick on me!”.

Stripping Jude almost naked he was bundled in the car and taken home for a bath where upon Grandparents came to the rescue and watched him whilst I got cleaned up before heading back to church to face my humiliation head on and clean everything up.

But the thing about being embarrassed by your children is this – you’re never on your own, you never experience judgement or scorn because ultimately we’ve all been there and you can guarantee for a fact that every parent there is thinking one thing….I’m just so glad it wasn’t me.