Dealing with disappointment (a story of penalties) 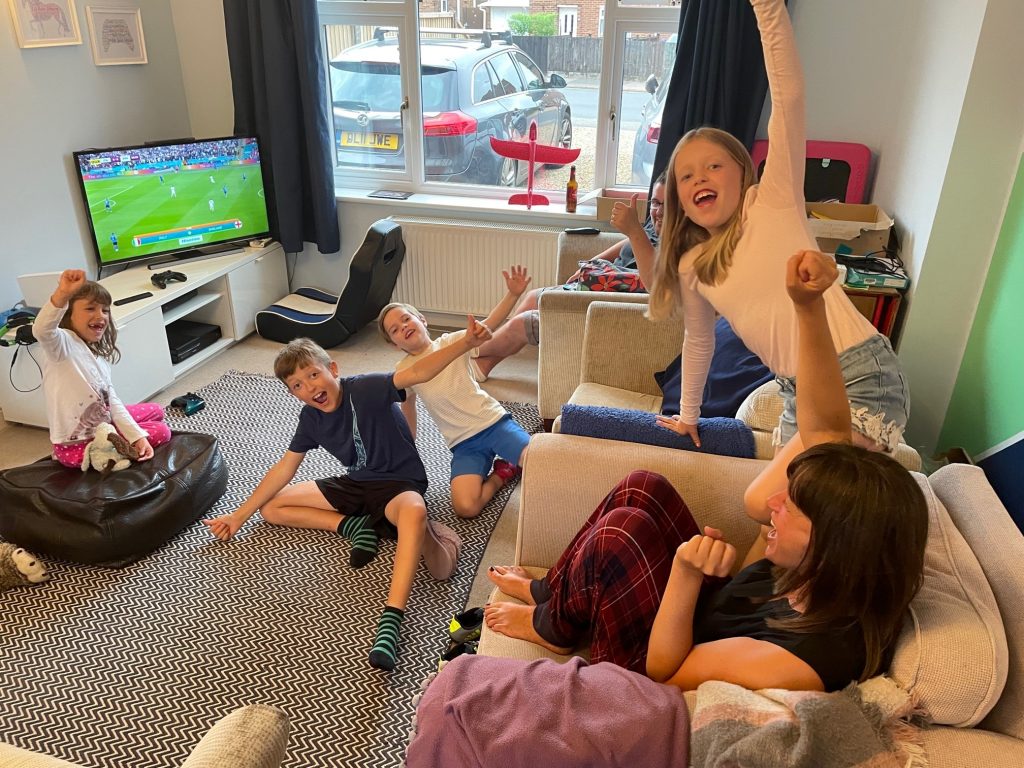 It’s nearly 11pm and it’s way past Harry, my 7 year old’s, bedtime. He’s nowhere near ready for bed. In fact we’re not even in our own house. We’re still at a friends and not only Harry, but all of us are both wide awake and also in a state of nervous anxiety, terrified at the prospect of what’s about to take place.

This sounds a bit like the climax to a classic R.L Stine ‘Goosebumps’ novel, but the reality is far worse than that – we’re about to experience England…. in a penalty shootout **shudders**

The first penalty shootout drama I can actually remember was England versus Spain at Euro 96, a shootout England actually won. I was 12 at the time, and this was followed a few days later by the much more familiar experience of England losing at penalties (to the Germans).

Harry was 4 years old at the time of the last World Cup in Russia. Not tainted by years of England ‘hurt’, he witnessed them reach the semi-final, a wonderful achievement in itself. Still, he’d caught the football bug that summer and got a bit upset when England lost in extra time to Croatia. It took a big cuddle from mummy (who had long since retired to read in bed) to comfort him.

This time around 7 year old Harry, who was now more accustomed to England losing football matches than in 2018, witnessed something remarkable, England getting to an actual final -something I’d not seen in my 37 years of following the national team. And so the expectations were again set. This time we even scored in the first 2 minutes and looked set to win an actual football tournament (and that without losing a match).

But finally, the reality of supporting England kicked in for Harry, Italy scored, looked like scoring more and eventually the match went to penalties (you know the rest).

As a parent, watching the football with my children has in fact been a liberating experience. Pre-kids, the event was generally all about me, about my nerves, about how I felt, about managing the inevitable disappointment for myself. But with Harry, (Josh is thus far only interested in football insofar as it allows him to stay up late eating snacks and playing Lego – Oh how envious I am!) I feel a responsibility to him, a desire to simply enjoy the match together, as an experience of father and son, something we will look back on in years to come and be able to say we shared together, win, lose or draw. My enjoyment of the match is actually far more firmly rooted in the fact I’m sharing it with him, than in the end result.

Don’t get me wrong, I was still a nervous wreck who cheered loudly and had that feeling like a balloon being deflated when England finally succumbed. But as a parent and a father, it was a moment of togetherness with Harry, shared passion, shared excitement, even shared disappointment that ultimately creates a bond which goes far deeper and is far more satisfying than winning a football match (even a final with England!).

‘Enjoying’ football like that, through the prism of my son’s experience, also allowed me to put the disappointment into perspective, because I knew it was my responsibility as a parent to be an example to Harry in how we react to failure or defeat.

So driving home in the car after was really special, in fact I’d probably go so far as to say it was more special because we lost. Disappointed yes, but what it gave us was the chance to speak about how well the team had performed and whilst they hadn’t won, we could still be proud of them because they’d given their all, which was all we could ask of them. We talked of the great times we’d had watching together, getting excited and cheering every goal.

It also allowed us to talk about the place sport has in our lives, of the joy it brings but the fact that ultimately it’s just 22 people kicking a ball around a field. In this week of all weeks as we remember their mummy, Rachel’s, passing, that message seemed most apt.

So no tears for Harry this time, lots of happy memories that we’ll take with us, and just a smidge of disappointment, which I feel sets him up nicely for a lifetime of supporting England.