They think it’s all over 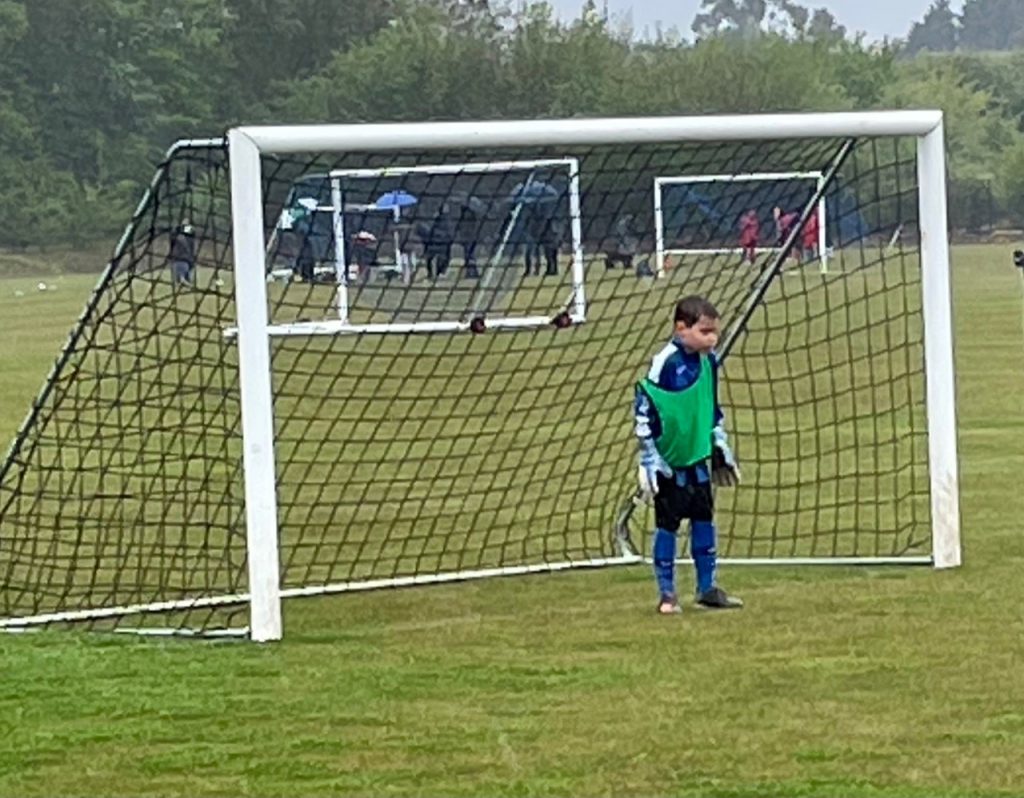 It’s freezing. I’m stood in driving rain, and my pants are now soggy. I’m being battered by gale force winds and I’m trying to muster an enthusiastic cheer for my son. Yes this is junior football!

Admittedly, in a Covid interrupted season, this is the first match where it feels like we’re extras filming the Poseidon Adventure. Taking to the field in snorkels, today we (Whittlesey Blues U7) are taking on St Neots full of confidence, having last week edged a narrow 3-2 win over fierce rivals Whittlesey Blacks.

Before becoming a ‘football Dad’, it always amused me how serious parents seemed take this. “Chill out”, I would think, “It’s just a bit of fun”. Oh how naive I was.

Last week my eldest, Harry, hit a scorcher of a free kick to win the match (any scouts out there wishing to take a look at him, as his agent I demand 20% of any future transfer fees), to which I leapt off my feet and let out a huge cheer. I realise I am THAT parent.

Well, to this week. With rain lashing down, only myself and another hardcore Dad, Nathan, brave the touch line. As I look up to the bank where the car park is, I see a group of the Mums sat in the boot of a 4×4, sheltered from the rain with a blanket over them. Well played Mums, very well played.

The game kicks off and a mass of 12 little bodies are soon clumped together, legs kicking wildly. If Aliens landed, they might assume the children were adopting a Penguin style huddle for warmth, but before long Whittlesey’s class shines through as ‘Big’ Zak slams the ball home from the edge of the box. 1-0.

This seems to rouse St Neots to action and in a rare moment of indecision in the Whittlesey box, a tall St Neots player, possibly named Gerald, pokes the ball into the unguarded net. 1-1.

The ref soon blows for half time and the two teams swim back to their managers with a medley of front crawl and backstroke. On the sidelines Nathan and I deconstruct the first half:

“I think they need to speed up distribution in the transition, especially when picking up the ball from deep. The forward line are constantly having to check their runs when counter-pressed”.

The second half kicks off and by this stage not a single part of my body is dry. After a nervy few minutes, a young St Neots midfielder falls over awkwardly under a firm but fair challenge from someone in blue. Clutching his leg, a nearby Dad bellows out “Get up son – you’re fine”, which in youth football is of course always the appropriate response.

The game meanders on, the level of quality clearly affected by the conditions, each team hoping for one final opportunity.

Sure enough, with only minutes left, Whittlesey win a corner. It’s drilled into the box  and amidst the torrential rain, a St Neots defender hesitates, the ball smashing into his shin before flying off. Everyone gasps as the ball hurtles towards the goal, higher and higher, before seeing it smash into the roof of the net. Whittlesey have done it! 2-1!

After a few more minutes the ref blows his whistle, it’s all over, and with that there’s an explosion of joy and relief amongst the supporters – yes, we will soon be home in the warmth!