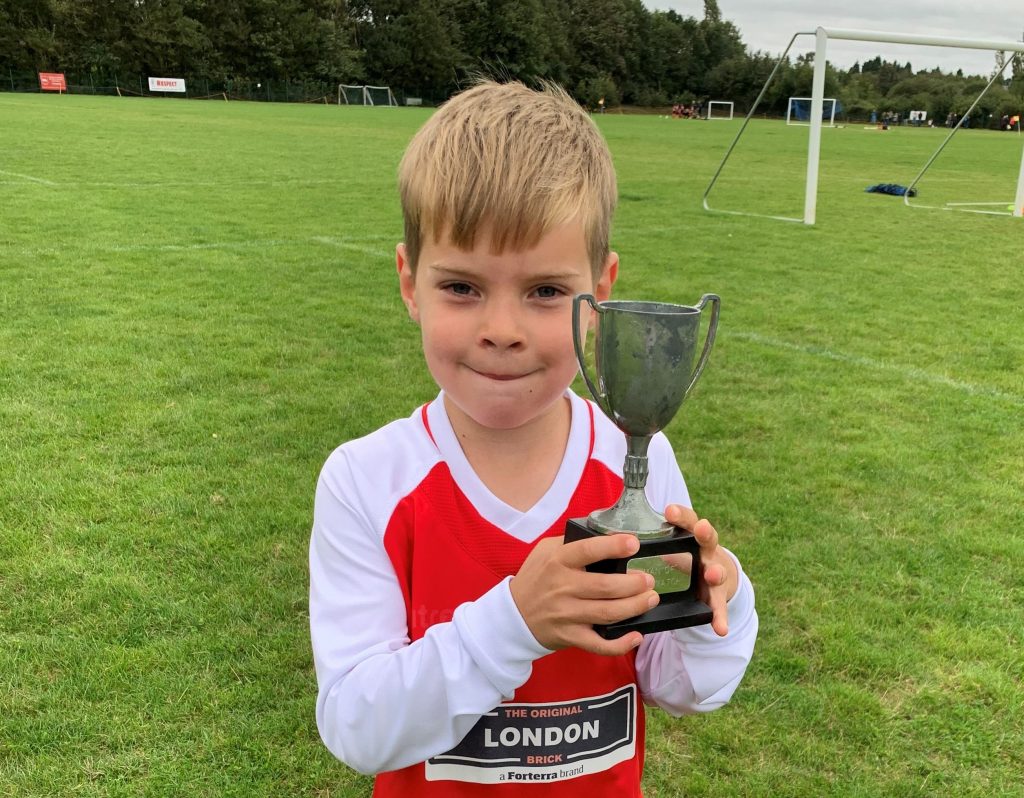 Kids football is a serious business.

When Harry was confident enough to try the 5yr old football coaching last August, my eyes were opened to the tense, dog eat dog world of junior football. Bearing in mind the kids start at 5, and as far as I can see are just happy to be kicking a ball with their mates, I was amazed how seriously some parents seem to take it… A selection of comments I witnessed from the touch line in those first few weeks:

* “Come on Digby (names changed to protect anonymity), you need to speed up your distribution in the transition when picking up the ball from the deep lying play maker. The forward line are having to check their run in order to remain onside” (or something reasonably similar)

* Parent shouting loudly at their child when another random kid kept dribbling the ball out of play “Montgomery stop that boy – get the ball off him, he’s ruining it for your team”

I began to wonder if that’s what it’s always like!?

He loved it so much he stuck with it and now plays for the Whittlesey Blues under 7’s team each week. And the other parents of our team are awesome. They buy me tea and everything!