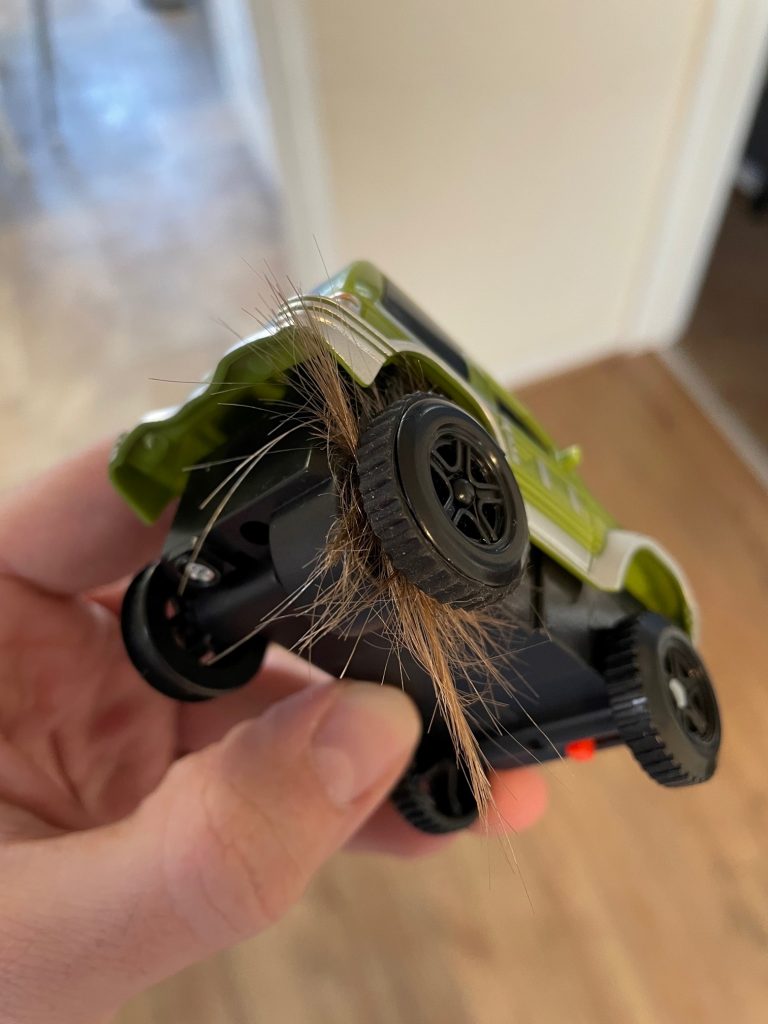 It’s 7.54am on a cold, wet Tuesday morning. There is a relaxed feel in the Wicks household. Daddy has been up in good time, not only to ensure 3 boys are ready and dressed (yes Josh, 4, has his trousers on back to front for the third morning in a row but in fairness, the lad’s no magician), but Daddy has also managed to jump in the shower himself, while Harry and Josh distracted Jude in the living room. They were only too delighted to squeeze in a cheeky game of ‘Floor is Lava’ before school, which involved removing every single cushion in the universe. Despite knowing those cushions will shortly be abandoned, scattered across the living room floor like a shattered soft pillowed glass for him to pick up later, Daddy smiles to himself, as he considers the joy-filled recklessness he would have had, aged 6, where the leap from the armchair to the sofa feels as wide as any canyon Evel Knievel ever attempted.

The race to beat the train gates is far from at the forefront of his mind today, Harry, 6, and Josh are already lined up at the door, and whilst Jude, 1&11 months, still needs to put his coat on, Daddy is confident this can be achieved in under 23 seconds thus giving him a cool 2 1/2 minutes to get everyone into the car and over those dastardly gates.

But today his carelessness will cost him dearly, because as Daddy turns around to greet his youngest offspring, he notices Jude is holding up a motorized toy car and wailing. Daddy thinks it odd that Jude is holding it over his head and can’t work out why this is causing him such distress. Soon, however, all becomes clear, as Jude is seen to let go of the car and yet miraculously the car stays in place, seemingly floating on top of the young boys head.

Alas, the little cogs in Daddy’s brain begin whirring and a creeping anxiety overcomes him as he realises the car is not floating, it is in fact tangled in amongst the flowing blonde locks of child number 3. And the motor is still going, winding and winding hair after hair around the tiny rear axle until finally it can wind no more. Whilst Daddy loves Jude’s sweeping blonde mop, he pauses for a second to reflect on not getting in a pre-lockdown cut for the boy. He’s paying for it now.

It is 7.55am and Daddy is seeking to comprehend the gravity of the situation. If the poor boy can’t be rescued from his automotive prison within the next 49 seconds, there is almost no chance the train gates will still be passable. In the blink of an eye the situation has turned critical, and now Every second. Every decision. Every hair follicle, matters.

The first 17 seconds are spend triaging the vehicular entanglement. After 2 vain efforts to unwind the rear wheels and only succeeding in yanking more hair into the disaster zone, it becomes abundantly clear that this will take many more seconds than hoped. Two pudding hands must also be navigated, as Jude, like a wild boar caught in a poachers leg trap, thrashes around in discomfort. Narrowly avoiding almost certain bogey-covered fingers, Daddy must resort to plan F –  asking Josh to hold back his little brothers arms.

Guaranteed to enrage the smallest Wicks yet further, it’s a necessary step as Daddy briefly mulls over his next move. Scissors. With the risk of cutting off a significant chunk of the boys hair to release him, Daddy realises he’s out of options and he’s out of time. It’s now or never. Calling Harry into action, a pair of scissors are called for.

For the next few seconds, everything seems to happen in slow motion, like a scene from a thriller, where sweeping orchestral music gets louder and louder and the action on screen becomes more and more intense. Jude, realising what is about to happen, bursts into tears whist Josh is struggling to keep him under control. Harry appears with the scissors and a look on his face which personifies the horror that is about to unfold.

Daddy takes the scissors and looking at his youngest with tears in his eyes, blurts out (in super slow mo) “Don’t judge me son, I have no other choice”. With scissors aloft, he begins cutting away at hair, ‘snip snip’, a lock falls silently to the ground, ‘snip snip’, another clump is released, but forever separated from the warm and nurturing head it’s grown so accustomed to.

Until finally, just 45 seconds after the drama began, the car is freed and Jude is released.

Daddy dares not look at the mess that has been left and instead places a Paw Patrol ‘Marshall’ hat with sticky out ears over the lad’s head to cover what all assume must be a hair abomination. Quickly, children pile into the car, and in a most incredible feat, pass through the train gates with just seconds to spare.

Jude gets out at nursery and pats the back of his head. ‘Kaa’ he says, again and again, already showing symptoms of post traumatic stress. And yet when Daddy removes the hat, he’s startled to see barely a hair out of place on the boys head. “Remarkable” he thinks to himself, and ponders whether a career in hairdressing is calling.