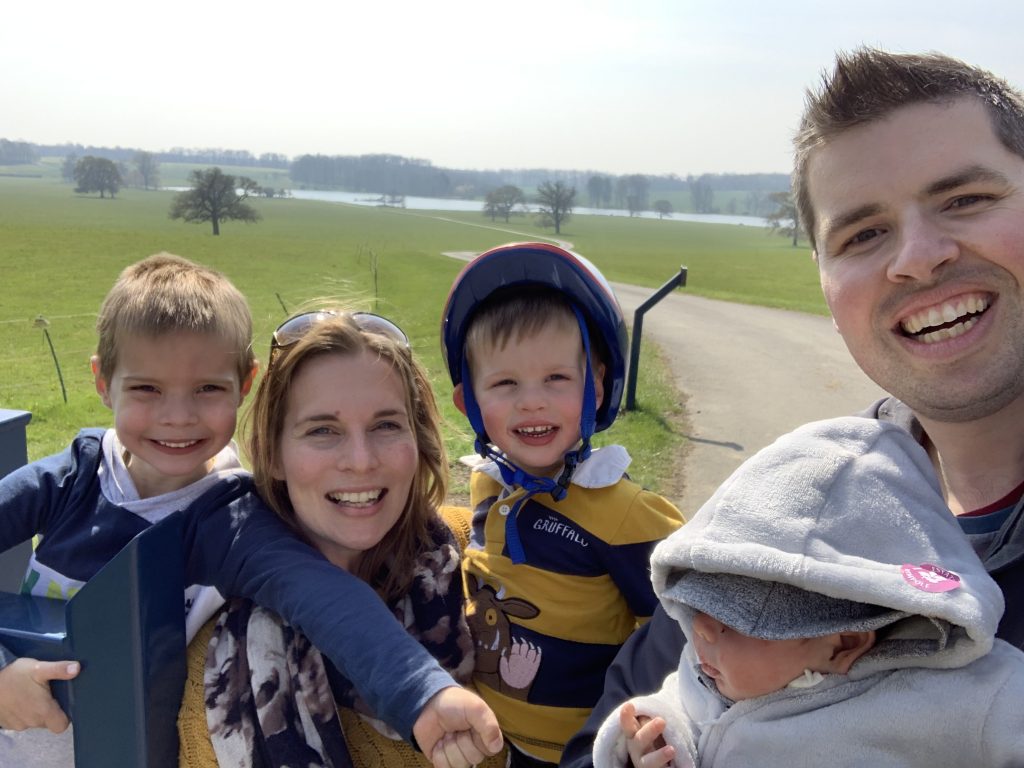 Growing up in the 90’s Oasis were the Britpop band who seemed to most encapsulate the spirit of the age. I know, I know, if you’re between the ages of 35-50 you probably have an opinion on this that we’re not going solve here, so maybe you were a big Blur fan and take exception to my opening line, or indeed want to shout your case for Suede, Pulp, Supergrass or the Verve. But that’s beside the point.

The era of Britpop, and particularly the mid to late 90’s, was the British music scene’s response to a culture movement which sought to emphasise British ‘Cool’, focusing on the upbeat, popular, dare I say, ‘trendy’ position Britain found itself in during that period. Think Euro ’96, a youthful and idealistic Tony Blair (the youngest PM since 1812 before that pesky business with Iraq came along), and the Spice Girls.

For those of you who know me, this will probably surprise you, but as a 14 year old in 1997 I was seriously uncool. The first CD single I ever bought was Eternal – ‘Power of a woman’, and for Christmas ‘96 I asked for a VHS of Boyzone in concert (I got it and it was epic). But in Oasis, there was a band who I not only loved, but were actually popular and wouldn’t cause me major embarrassment if my friends happened to be round and played what was in my HiFi without asking (George Michael ‘Older’ was in there a lot during 1996).

So why am I telling you all this, and reliving that shame and humiliation some 25 years on? Well there was one Oasis song in particular which, despite not being my favourite overall, is the one that I think of most, even all these years later. It’s ‘Live Forever’ from the 1994 album ‘Definitely Maybe’ The first verse and chorus goes like this:

How your garden grows

‘Cause I just wanna fly

Lately did you ever feel the pain

In the morning rain

As it soaks you to the bone

Maybe you’re the same as me

You and I are gonna live forever

It’s the last line which struck me then, and it still does today ‘You and I are gonna live forever’.

If ever there was a line to summarise that mid-90’s feeling of euphoric hope and expectation, this was it. The idea that I don’t want to be bogged down with the troubles of this life, I just wanna fly, I want to get out there and experience everything, to forget about the nitty gritty of living and do and be something meaningful so that it might be like I could live forever.

It’s a great idea, and one which an impressionable youth could really get behind as you had your whole life in front of you, with endless possibilities, where the only limit was your own ambition. A time in your life where death is something which, as the song says, you don’t want to even think about, let alone experience. No, I wanted to live forever.

And yet, even as a teenager, I knew the foolishness in those lyrics. Around 1994, one of my best friends in primary school, Jon, died of cancer. In 1996, the minister of our local church, Brian, who was always so kind and caring to us as young people, passed away suddenly in his 50s.

Death was real and it didn’t just come to people in their 80’s and 90’s who’d lived their lives and were “ready” to go, it came to young people too, people who just wanted to fly, but hadn’t had the chance. I realised no-one lived forever, and even for those who lived long and full lives, how many could really say they’d lived a life as complete as this song so desired?

At best I imagined I would die at a good old age, with all my faculties still intact, surrounded by loved ones and able to reflect on a life well lived, having made a profound difference to the world around me. But really, how many could say that? A few maybe?

And then what? In 50 years who will remember me? A handful of people perhaps, I could get a mention when the family tree is researched on series 85 of ‘Who do you think you are?’ with my famous great great granddaughter who’s discovered the cure to terrible post-pizza flatulence. But what about 100 years, or 200? No-one will remember me then, I certainly won’t live forever.

Ok so far so exceedingly morbid and depressing, though for that I don’t apologise. One of the things I’m convinced our western society is terrible at talking about is death, of which this brilliant Oasis song is just as much a culprit.

When my wife Rachel died, she was 34. She was, what you might say, in the absolute prime of life. She was young, healthy, mother to three small children, popular amongst friends, and absolutely excited for the future. And then in an instant, she was gone. The years ahead vanished, the plans we had made dissipated, like warm breath on a cold morning. There would be no tomorrow for Rach, and at times it has felt like there would be none for Harry, Josh, Jude or myself either. Death was the enemy, the cruel master who had called time on a life so full of joy and happiness and never before had those lyrics seemed so meaningless, there would be no living forever, not even living to old age.

As time passed and the rawness experienced in those early months faded, I found another fear with a tendency to lurk. It harks back to that fear I mentioned of being forgotten, of becoming insignificant as the world keeps turning. Occasionally I consider how much life has changed since Rach passed away, how things keep going, and I hate the thought that Rach isn’t a part of that. That I’m still here nearly two years on, and as the relentless march of time rolls on, she, like everyone who dies, becomes less and less relevant to the moment we now live in. And that’s just how it us.

I think, in part at least, this is why we’re often so reluctant to talk about and confront death, because it inevitably leads us to the question – then what’s the point? What’s the point in anything? If ultimately it leads to this tragic end.

If all that’s on offer is some vague hope that I can live life to the full and make the best of it, then I’m kind of done, because I can speak from experience, that all it takes is a completely unexpected haemorrhage, or cells multiplying where they shouldn’t, or a car skidding on an icy road, to make it all come crashing down.

So how is it, 25 years after first being struck by those words of Noel Gallagher, that in the face of the reality that we won’t live forever, that sometimes life is just rubbish, and in 100 years no-one will remember Jonny Wicks (not even for his super amazing blog which goes on to win award after award 😁), that when I think of Rach and how much I miss her, that I don’t mourn for her, that I don’t worry about her being forgotten.

Two weeks before Rach died we attended a wedding. It was a beautiful day, hot and sunny. It was the most gorgeous wedding of a Christian friend of Rachel’s who deserved every last drop of joy that filled the day. We sang some amazing hymns, ate some awesome food (Halloumi! ❤) and as a Christian it was clear God was at the centre of the day and this marriage.

We were there with wonderful friends, who Rach had lived with at Uni, and overall it was just perfect. Looking back, it was a gift from God, knowing what was to come a fortnight later.

Whilst going through Rachel’s handbag some months on, I noticed a sealed card, addressed to the bride and groom. Rach had written it and just hadn’t got round to posting it. I decided to open it and read when she had written. One line jumped off the page at me and reduced me to tears. Thanking our friends for inviting us she had commented on what a wonderful day it was, that it seemed like “a small taste of heaven”.

Only days after writing those words, Rach closed her eyes in this life. Death seemed to be victorious, snuffing out a life of joy, hope and love. But actually, it wasn’t the end. That taste which she had experienced two weeks before was now a reality, the faith she had lived her life by, trusting in a God who had kept her through each storm of life, was now sight. Rachel loved Jesus, because she recognised that ultimately this life is pretty meaningless, and it can be gone in an instant, but he promised her many years before that “God so loved the world, that he gave his only son, that whoever believes in him shall not perish but have eternal life” (John 3:16). Through Jesus and the hope offered through his sacrifice on the cross, Rach knew that this life wasn’t the end, it was just the beginning.

And that’s the reason I can get up in the morning, it’s the reason why I can have peace and joy through suffering, not inspite of it. It’s why as much as I love to sing along (badly) to such an epic track as ‘Live forever’, it’s not a philosophy I’m going to live my life by, I have an eternal hope which is infinitely better.